donate now
Partner with Us 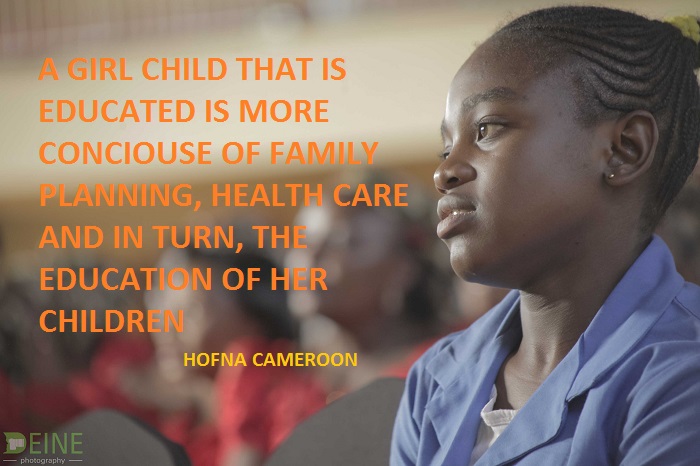 The Importance of Educating The Girl Child

Education is very important for every child whether boy or girl. It is sad that some communities still discriminate against the education of the girl child. About 57million children around the world are not going to school, and a greater percentage of them are girls.

For over a decade, education for girls has been identified as one of the best solutions to reversing the relentless trend of poverty and disease devastating large portions of sub-Saharan Africa. Not only does ensuring access to education for girls directly improve the feasibility of MDGs 2 and 3, it also has a positive impact on the other six Goals.

Below are some reasons why we should advocate for education, especially that of the girl child:

4. DECREASE CHILD MARRIAGE: Child marriage – in some cases involving girls as young as 6 or 8 – almost always results in the end of a girl’s schooling. The result is illiterate or barely literate young mothers without adequate tools to build healthy, educated families. On average, for every year a girl stays in school past fifth grade, her marriage is delayed a year. Educated girls typically marry later, when they are better able to bear and care for their children.

7. DECREASE DOMESTIC & SEXUAL VIOLENCE: Educated girls and women are less likely to be victims of domestic and sexual violence or to tolerate it in their families.

8. DECREASE SUPPORT FOR MILITANCY: As women become more educated, they are less likely to support militancy and terrorism than similarly educated men.

9. IMPROVE SOCIOECONOMIC GROWTH: Educated women have a greater chance of escaping poverty, leading healthier and more productive lives, and raising the standard of living for their children, families, and communities.

These and many more are some of the valuable reasons why we should all support education for girls. For every boy that is educated, every girl should be educated too.